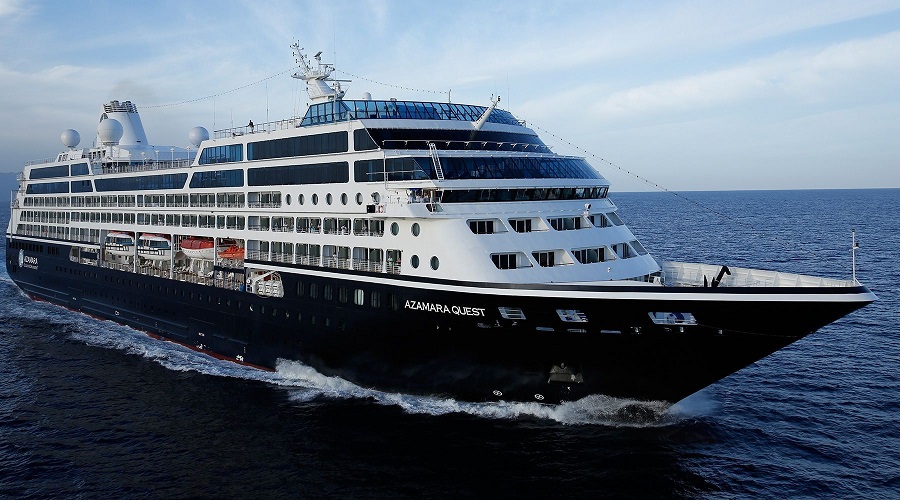 Depart from vibrant Miami, Florida and board the Azamara Quest for eight restful days at sea. Traverse the globe as you voyage across the Atlantic to the enthralling island of Madeira. Here, you’ll have a chance to ride up, in the capital city of Funchal’s cable car and, if you’re feeling adventurous, take a unique ride back down. The Monte toboggan is a thrilling sleigh ride down the mountainside in a large wicker sledge that has been a Funchal tradition since 1850. Then stroll the historic promenades and enjoy the delicious tastes and friendly hospitality of this Portuguese island well into the evening hours.

After another soothing day at sea, you’ll arrive at your charming final destination for an overnight stay-Lisbon. Portugal’s capital city is bursting with history, culture, and cuisine. Take the tram to Jardim da Praça do Império, Europe’s largest plaza. Stroll the neighboring tropical botanical gardens, and take in the breathtaking intricate archways and facades of the Mosteiro dos Jerónimos. Explore the city’s most infamous landmark, Castelo de São Jorge and soak in panoramic views of one of the world’s oldest cities.

Antique lovers will relish the chance to discover a one-of-a-kind souvenir at Lisbon’s many antique stores, markets, and bric-a-brac shops, like the charming A Vida Portuguesa which sells a variety of wares produced locally in Portugal. Sample some pastéis de nata (custard tarts), devour local seafood, watch the sun set over the water, and be a part of the magic of Lisbon as it comes alive after dark.

Portugal is for explorers. Its valiant seamen first charted the Azores, discovered Japan, and unlocked the major sea routes the world over. Now you can share the anticipation they must have felt as you explore this exciting city.

You’ll discover an 8th-century Moorish castle, quaint cafes and a palm-studded coastline. The Alfama district is a maze of narrow, twisting streets, whitewashed houses, flowered balconies, archways, terraces and courtyards that charm your socks off. (And if you can find your way out of this dizzying array, 20th-century Lisbon is just as intoxicating.)

Of course, if you’d rather play by the sea, the Portuguese Riviera lies just outside town, offering something for everyone, from sun, sand and surf to thrilling casinos. Lisbon is a vast garden abounding with flowers and tropical plants. The city’s appeal lies in the magnificent vistas from its many belvederes and in the tree-lined avenues and squares decorated with mosaic pavements.

Madeira is an island of unbelievable beauty set in the middle of the Atlantic Ocean, about a one and one half hour flight from Lisbon. As it lies parallel to the coast of Africa, it has gentle weather — a moderated climate all year round. Perfect for golf. Mountains drop abruptly into the sea and surround small fishing villages at their base. Just west of Funchal, the capital city, lies Cabo Girao, the second highest cliff in the world. Discovered in 1420 under the sail of two officers of Henry The Navigator, Madeira has been a port of call for many ships over the centuries. The island is volcanic in origin, and the flowers that have been brought here have multiplied greatly over the centuries. The spectacular Blandy Gardens, northwest of Funchal and the neighboring property to Palheiro Golf and Casa Velha do Palheiro is a tribute to this flora.

After a round of golf at either of Madeira’s championship golf courses, Santo de Serra or Palheiro Golf, you can enjoy a glass of famous Madeira wine. Perhaps a visit to Camara de Lobos (Winston Churchill’s favourite place), a little fishing village at the base of Cabo Girao. How about a trip to Porto Moniz at the far northwest end of the island where you can soak in the natural pools. Funchal is the capital of Madeira. Ancient streets, beautiful churches, great shopping and many great restaurants dot the city.

Click on the buttons below to request a quote on this deal or contact us directly with further questions or comments.

Request A Quote Send To A Friend Have A Question? Contact Us

Send To A Friend